RECORDER by Sara Rodríguez Recio – 1ºB 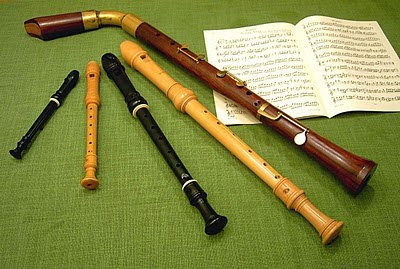 The sound is produced by blowing through the mouthpiece and covering and uncovering the holes with fingers. 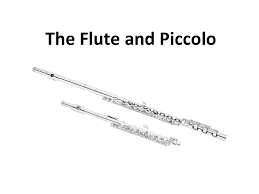 The transverse flute is an aerophone of the woodwind family with bevelled mouthpiece.

It is a monophonic instrument. Its sound is tuned, acute and very high.

The transverse flute is usually made of metal. It is played by opening and closing the holes with keys.

There is a smaller version of the transverse flute called piccolo. It is the highest pitched instrument of the orchestra.

OBOE by Manuela Rodríguez Valdés – 1ºA 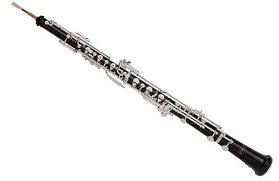 The oboe is an aerophone instrument, of the woodwind family.

It has two reeds and it is monophonic. The sounds are definite and high.

There is an oboe that is a little bigger, called an English horn. Its sound is lower than the oboe.

The oboe is made of wood but its keys are metallic. It has a sweet and nice sound.

CLARINET by María Ruiz Vigil – 1ºB

The clarinet is a woodwind instrument. It has a single reed made of cane and has a small bell which contributes to a softer sound that is sweet and pleasant.

It is played by the action of covering or uncovering holes. It is an instrument that produces tuned sounds that are found in the musical scale and it is monophonic because it can only produce one sound at a time.
There are different kinds of clarinets of different sizes.

BASSOON by Irene Santamaría Montero – 1ºA 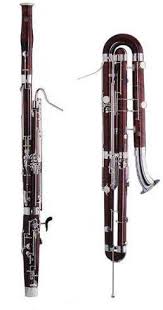 The bassoon is a wind instrument of the woodwind family. It is big, therefore, its sounds are very low, profound and serious.

It works with a system of metal keys and holes. It has a double reed and a cane nozzle. It is a monophonic instrument and has a definite sound.

There is another instrument, similar to the bassoon, called contrabassoon. Its tube is longer and its sounds lower. The contrabassoon is the largest of the woodwind instruments.

SAXOPHONE by Marta Suárez Riaño – 1ºB

The saxophone is an aerophone instrument of the woodwind family.

It is a monophonic instrument, because it can produce one sound at a time.

It has a system of keys that produces the sounds of the musical scale.

There are six sizes of saxophone: sopranino, soprano, alto, tenor, baritone and bass.

These instruments are used in jazz bands and in some orchestras.

BAGPIPE by Yordana Romero Echave – 1ºB

Bagpipe is another woodwind instrument with a reed.

Bagpipes are a type of musical instrument with a continuous supply of air. The bagpiper blows air in and squeezes the bag with his arm.

The material used for bags are the skin of animals.

The air goes through the drone pipes.

It is a traditional instrument of Irish, Scottish, Galician and Asturian music.

TRUMPET by Paula Suárez Riaño – 1ºB

The trumpet is an aerophone instrument of brass wind family. It is made of metal and it has the highest pitch in its family.

It is a tuned and monophonic instrument, and is lip-vibrated.

The holes are opened and closed with valves and pistons which change the length of the pipe.

Its timbre is powerful and very bright.

TROMBONE by Neco Bravo Escudero – 1ºB

The trombone produces different sounds by changing its slide. It can produce lower or higher sounds. The most frequent trombones are the trombone and the pistons trombone.It was used in religious music. Also it used in bands and jazz music.

The French horn is a musical monophonic instrument. It belongs to the brass instrument family.

Its sound is produced by a vibration of the lips of the player blowing into the mouthpiece.

Its timbre is different to the other brass instruments because is smooth, velvet and warm.

TUBA by Álvaro Fernández Castañeda – 1ºB

The tuba is an aerophone instrument of the brass family. It is the lowest of its family because it is the biggest.

The tuba is a monophonic instrument. It is also a tuned instrument because it plays the notes of the musical scale.

In a brass band or in a military band, the tuba player is known as a bass player.

ORGAN by Noelia Gutiérrez Torres – 1ºB

The organ produces tuned and polyphonic sounds. It can be played with several keyboards, two or three. It depends on the size of the organ.

There are several kinds of them. The most known is the church organ.

It has three parts: the console, the tubes, and the secret.

ACCORDION by Lucía González Verdeja – 1ºB

The accordion is an aerophone instrument from the mixed woodwind family.

It is of this family because of their characteristics are very special, it has got a keyboard, so it is a polyphonic instrument because it can make more than one sound at the same time. It produces a definite pitch.

This instrument is made of wood, it is not the lowest in his group but it is not the highest. It has got bellows that move the air to produce sounds.